Things to do in Stanley Park 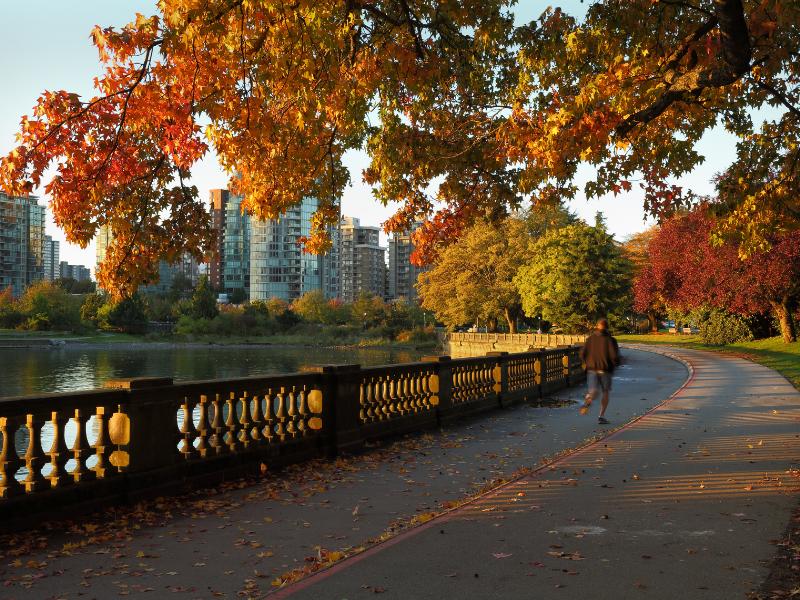 Stanley Park is a 405-hectare park that borders downtown Vancouver. The park has a vast history and is one of the first areas visitors come to explore in the city. In 1886, the land was named Vancouver’s first park after Lord Stanley, the recently-appointed Governor General. Unlike other urban parks, Stanley Park is not the creation of a landscape architect, but rather the evolution of a forest and urban space over many years.

Have you ever wondered how many acres is Stanley Park? Anyone who has ever walked the length of Central Park in New York City might be surprised to learn that Stanley Park is significantly larger in size. Stanley Park is just over 1000 acres (405 hectares) to Central Park’s 840 acres (340 hectares). The seawall on the outskirts of the park stretches 8.8 km and is a very scenic walk or bike ride.

You might also be surprised to learn that Stanley Park is larger than downtown Vancouver! The downtown core is 914 acres (370 hectares), just a smidge larger than Central Park. One can easily walk the length of the downtown core of Vancouver in no time at all. I’ve done it several times myself. In fact, to gather some of the photographs in this post, I rode my bike from one end of Vancouver to the other and back home again. 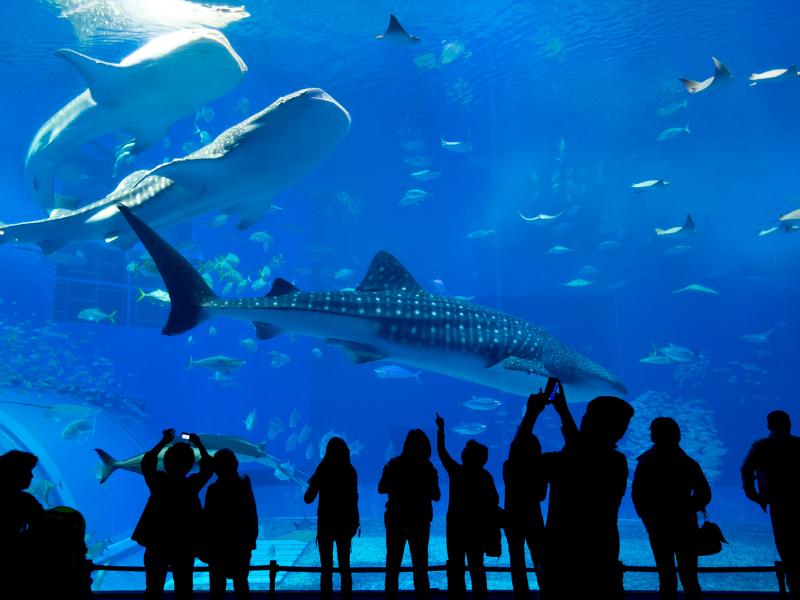 Not only is the Vancouver Aquarium Canada’s first aquarium, but it is also the largest aquarium in the country. The aquarium is not-for-profit and does not capture wild animals. They operate a number of conservation and research programs whose aim is to understand and preserve animal species in the wild. Their Ocean Wise Seafood program promotes sustainable seafood and you will see this logo at numerous Vancouver restaurants.

Bonus interesting fact about Stanley Park: the song Baby Beluga was inspired by a beluga whale that Raffi saw during a visit to the Vancouver Aquarium.

Prime Minister Trudeau’s latest firearm ban inadvertently made the historic 9 o’clock gun an illegal weapon. Nothing has yet been reported on whether or not it gets to stay, although I sincerely hope it does. The 9 o’clock gun still fires every night. The 12- pound cannon was manufactured in 1816, making it an iconic part of both the park and history. Here’s hoping it’s left alone where it belongs, in Stanley Park where it’s been firing almost daily for over 100 years.

4.You can see Canada’s national animal 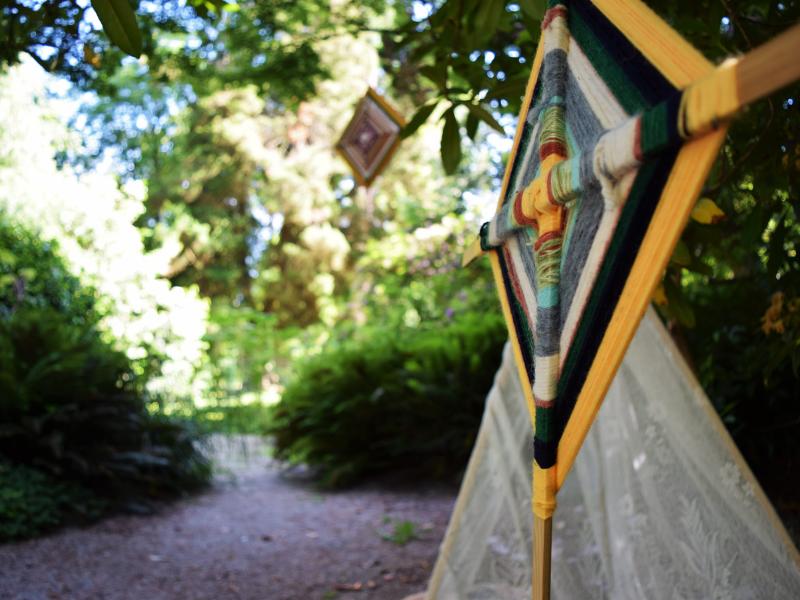 4.You can see Canada’s national animal

If you’re lucky, you can actually see beavers swimming in Beaver Lake, but it wasn’t always this way. Canada’s national animal disappeared for years and didn’t return to the lake until 2008, after a 60-year hiatus. Beavers can be seen in both Lost Lagoon and Beaver Lake, typically during dusk and dawn when they are most active. Unfortunately, the day I rode the 1.1 km loop around the lake to take pictures, I didn’t see one. I did, however, see a raccoon, a squirrel and these lovely ducks pictured below.

Stanley Park is so popular that it earned the title of ‘top park in the entire world‘ by TripAdvisor in 2014. This Travelers’ Choice award is based on millions of opinions and reviews from TripAdvisor travellers. It’s easy to see why it snagged the top spot. This densely forested park is home to approximately half a million trees as well as four restaurants, an aquarium, an outdoor swimming pool, a water park, totem poles, two beaches, a lagoon and a lake, plus a rose garden and much, much more. 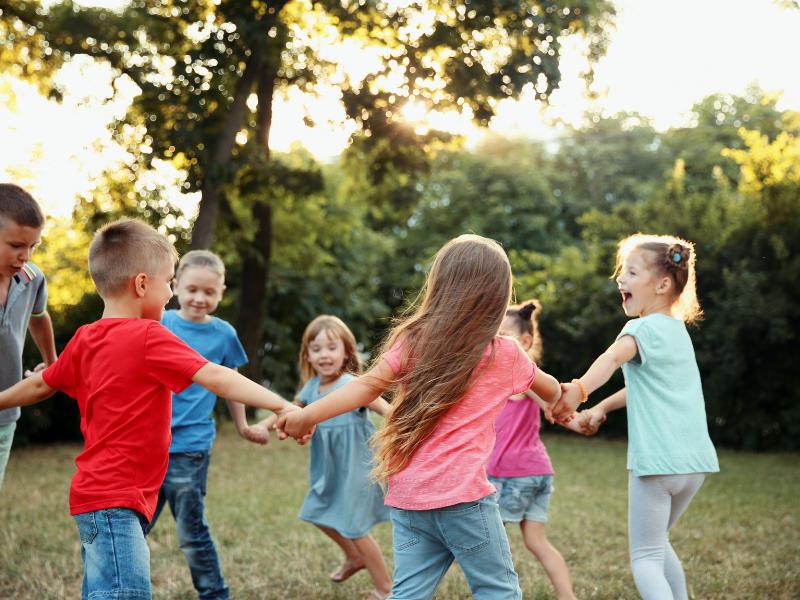 If you grew up in or around Vancouver you likely have fond memories of visits to Stanley Park in your youth. If you grew up someplace else, you’ll have the joy of discovering the park for the first time with your kids. Whether you’re a park regular or you’re planning your first visit we bet there are a few things you don’t know about the park. Read on for some fun trivia about this great local destination.

7. The Logging of Stanley Park

Cutting down trees in Stanley Park is viewed as almost blasphemous by most Vancouverites today. However, before it was a park, the site was logged from 1860-1880. Brockton Point was cleared for a sawmill, though it was never built there, and many of the trails that park visitors enjoy today were originally logging skid roads.

While Stanley Park wasn’t opened until 1888, it was the first order of business when the new City of Vancouver council met on May 12, 1886. Council passed a resolution to ask the Dominion Government to give the peninsula known as the Government Reserve to the city to “be used by the inhabitants of the said City of Vancouver as a park”. We’re glad they had their priorities straight.

9. So many lush towering trees

It is hard to believe at one time Stanley Park was a logging location. Before it was a park, the site was logged from 1860-1880. At the tip of Stanley Park is Brockton Point, here there was to be a sawmill built. The land was cleared for the sawmill, but it was never built. Instead, today you will find the Brockton Point Lighthouse. Many people do not know that the trails throughout Stanley Park were once the original logging skid roads.

every evening the sound of cannon fire can be heard ringing through the air, this is the Stanley Park 9 o’clock gun. The gun was originally cast almost 200 years ago in 1816 in England then brought to Canada to be installed in Stanley Park over 70 years later.

The installation took place in June of 1894 with the assistance of the Department of Marine and Fisheries to warn fishermen of the 18:00 Sunday close of fishing. On October 15, 1898, the gun was fired for the very first time in Stanley Park at noon.

The 21:00 firing was later established as a time signal for the general population and to allow the chronometers of the ships in port to be accurately set. The Brockton Lighthouse keeper, William D. Jones, originally detonated a stick of dynamite until the cannon was installed.

if you want to visit stanley park, you can visit our vancouver city tour.

Things to do in Stanley Park