The 10 best things to do in Vancouver 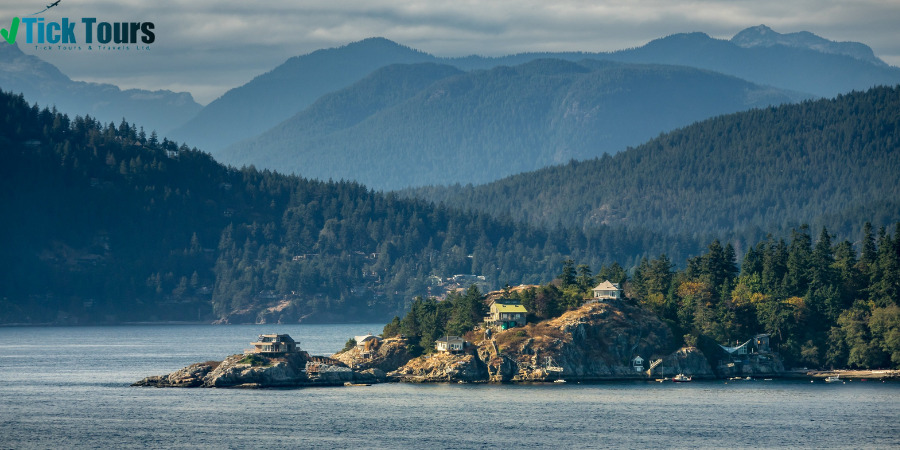 With its mountain backdrop and urban beaches, Vancouver has the rightly earned reputation of being one of the most beautiful cities in the world. Downtown Vancouver is superbly situated on a peninsula in the Strait of Georgia, bounded to the south by the delta of the Fraser River and to the north by a deep fiord reaching far inland (Burrard Inlet). Also to the north, gleam the often snow-covered ranges of the Coast Mountains.

With its extensive parks and agreeable climate keeping temperatures mild throughout the year, Vancouver is a paradise for outdoor activities. But it also boasts a busy cultural life, fantastic shopping, and incredible dining. This scenic city was showcased to the world when it hosted the 2010 Winter Olympics, in conjunction with nearby Whistler.

Find your way around the city with our list of attractions and things to do in Vancouver.

1. Go for a Walk in Stanley Park 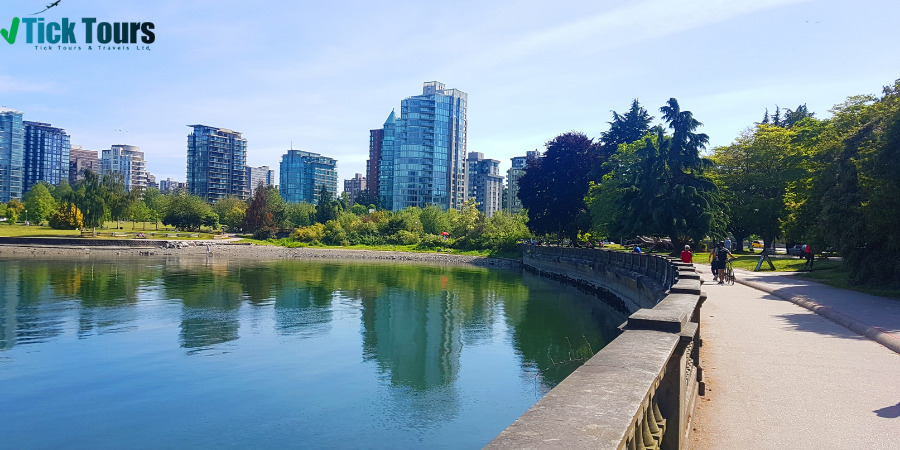 Go for a Walk in Stanley Park

Stanley Park is a lush peninsula of huge trees adjacent to Downtown Vancouver. If you are looking to get outside and enjoy some nature, this is the best place to visit in Vancouver. A paved seawall path encircles the green space and is a wonderful place to explore on foot or by bicycle.

Inland, the park offers many things to do, and you can spend a full day exploring attractions like the totem poles at Brockton Point or the Vancouver Aquarium. Spectacular views are a standard throughout the park either back towards the city or out to the ocean.

Come spring, the park’s gardens and shrubs burst into a rainbow of beautiful colors, led by the cherry trees and closely followed by the rhododendrons.

In the summer, an outdoor pool operates right at the edge of the ocean. This 80-meter pool is heated and is a popular spot for families because of its gently sloped entry.

2. Do Some Shopping on Granville Island 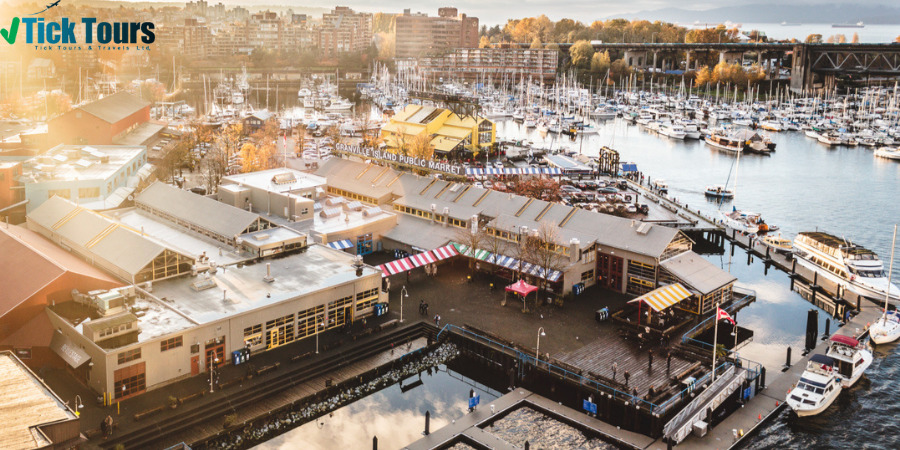 Do Some Shopping on Granville Island

Once mainly industrial, Granville Island is now a thriving center of activity with a relaxed and distinctive atmosphere. Artists and retailers have moved into converted warehouses alongside houseboats, theaters, galleries, and restaurants.

The Granville Island Public Market is one of the most popular attractions selling fruit and vegetables, seafood, and a great variety of other specialties as well as ready-to-eat items. Not truly an island, the arts hub is linked to residential areas by one road and footbridges to the south, and to the Downtown peninsula (across False Creek) by ferry.

Location: South of and underneath the Granville Street Bridge 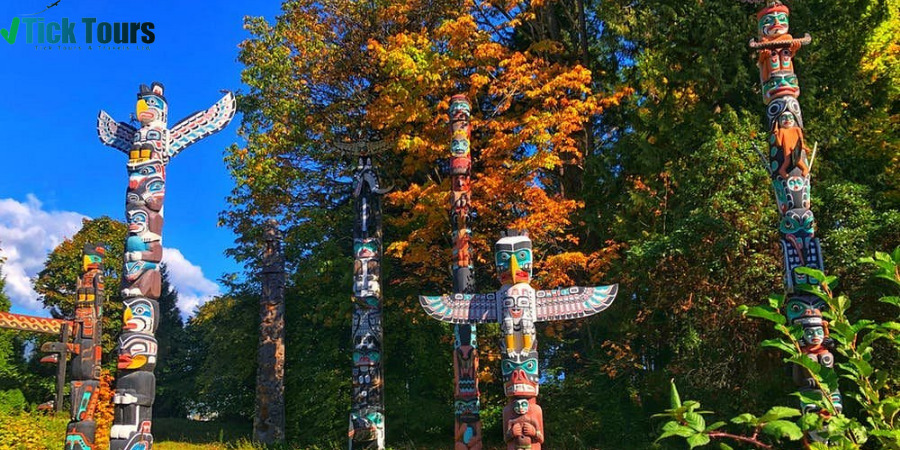 The Brockton Point Totem Poles are a must-see when visiting Stanley Park. These intricately carved poles are one of the top attractions in British Columbia. The totem poles were first placed in the park at a different location in the 1920s, and over the years, the collection grew and was eventually moved to Brockton Point.

Today you’ll find nine totem poles carved from red cedar in addition to three gateway portals. The colorful totem poles line a wide walkway and are set back against tall evergreen trees. Nearby is a visitor center that provides additional insight into First Nations history and the totem poles themselves 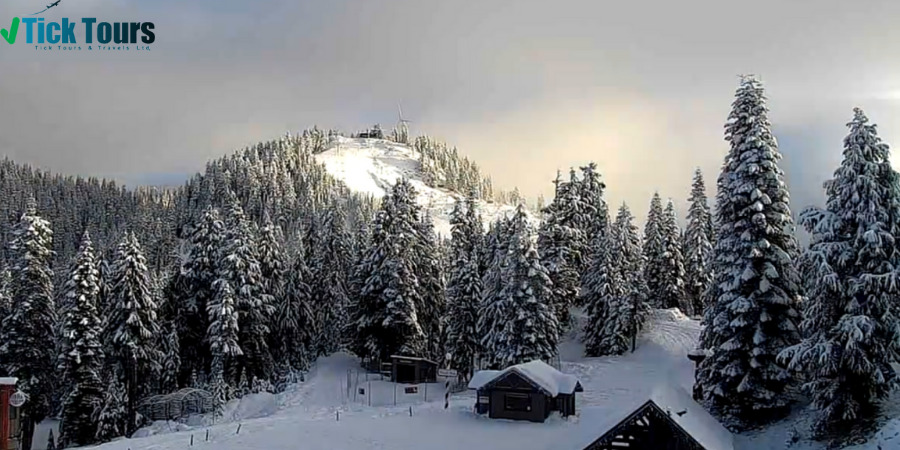 In both winter and summer, Grouse Mountain offers an unmatched panorama in clear weather. That’s especially so in the evenings when the city lights are on.

A gondola operates daily running from street level to the summit, where dining, activities, and wildlife await mountaintop explorers year-round.

5. Visit the Museum of Anthropology

Part of the University of British Columbia, the Museum of Anthropology deals with cultures from around the world, but places particular emphasis on British Columbia First Nations.

The interesting building was originally part of a WWII-era fort, and local architect Arthur Erickson transformed the spaces into this world-class museum.

Other attractions on the university campus include the clothing-optional shoreline of Wreck Beach, the natural-history-focused Beaty Biodiversity Museum, and the rambling UBC Botanical Garden with its many interesting plantings and delicate Nitobe Japanese Garden.

The sandy shoreline of Kitsilano Beach defines the laid-back, fun-loving Vancouver lifestyle. It’s a place locals hang out with friends or take a dip in the outdoor heated seawater swimming pool. The wide beach here is popular with sun bathers in the summer.

Views from Kitsilano over the city center are wonderful. In addition to the beach and oceanfront, the area has a number of cafés and walking trails, and a vibrant shopping strip lies a few blocks south on West Fourth Avenue.

A short stroll to the east of Kitsilano is Vanier Park, where you’ll find wide-open spaces and the Vancouver Maritime Museum. Catch a small Aquabus to downtown Vancouver or Granville Island from the docks located here.

The oldest part of the city, Gastown is an area of restaurants, galleries, and shops set in carefully restored Victorian buildings. Heritage structures, cobblestone streets, and iron lampposts give the district its distinctive atmosphere. Gastown is a short walk from Canada Place.

Gastown came into existence in 1867 when a man called John Deighton arrived on the scene. Deighton had a habit of launching into lengthy stories and soon acquired the nickname “Gassy Jack.” As a result, the vicinity became known as “Gassy’s Town” or “Gastown.”

A statue of the proprietor now watches over the neighborhood in Maple Tree Square. Tourists stop for photos with Gassy Jack, and also love to visit the nearby Steam Clock, which puffs steam-powered chimes every 15 minutes

If you arrive in Vancouver on a cruise ship, Canada Place is where your trip begins. The unusual roof design creates the impression of a huge sailing vessel. The architecturally remarkable structure is part cruise ship terminal, part convention center and hotel, and part hub for sightseeing bus tours.

At the end of the pier are panoramic views and the Flyover Canada attraction – a flight simulator that assaults all your senses while giving you a Canadian geography lesson. Also nearby, Waterfront Station is a major transit hub with ferries departing for the public market at Lonsdale Quay in North Vancouver.

If you exit the building and turn right, a scenic waterfront walk towards Stanley Park begins. Along the way, you’ll see the seaplanes take off and land, and massive seagoing container ships heading out to sea.

9. Soak Up Some Culture in Chinatown

Beyond the ornate Millennium Gate marking its entrance, Vancouver’s exotic and interesting Chinatown features modern buildings amid many older ones dating from Victorian times.

Also worth seeing is the Sam Kee Building, which at barely two meters wide, claims to be the narrowest office building in the world. Every year, Chinese New Year is celebrated with an exuberant parade

10. Go for a Stroll in English Bay

Oceanfront English Bay centers on one of the city’s loveliest and busiest beaches. Part of the West End neighborhood, English Bay offers shopping and high-end restaurants, but is also a popular outdoor area where people come to walk, bike, rollerblade, or hang out with the public art installations.

English Bay is not far from Stanley Park, and a waterfront trail joins the two. The beach is strewn with large tree trunks, which make a perfect back rest for sunbathers.

One of the biggest events of the summer is Celebration of Light. Generally occurring around the last week of July, spectacular fireworks are set to music. Another popular event is the New Year’s Day Polar Bear Swim, when hardy swimmers take a dip in the chilly Pacific waters.

I was extremely pleased to discover this page. I want to to thank you for ones time due to this wonderful read!! I definitely appreciated every part of it and I have you bookmarked to look at new information on your web site.

The 10 best things to do in Vancouver